During his first gala dinner in France, I had a nice conversation with a couple from Paris. Everything went smoothly until I asked a perfectly innocent, in my opinion, the question: "how did you meet?" My husband Eric (the Frenchman) shot me a withering glance. When we got home, he explained: "In France we are not asking these questions to unfamiliar people. It's like asking what color their panties are."

This is a classic mistake. One of the first things to notice people who find themselves in a new culture: there are other rules about what information is appropriate or inappropriate to share with the first guy. However, understanding these rules is a necessary condition for success in another country with another culture. If you continue to apply their customs and their norms of behavior, quickly sit in a puddle.

you can Prepare by asking yourself the question, what type of new culture — to "peaches" or "coconuts". This classification came up with experts-cultural researchers Fons trompenaars ' and Charles Hampden-Turner. In peach cultures like the USA or Brazil, people tend to be friendly (soft) with new friends. They often smile at passers-by, quickly move the reference by name, share information and ask personal questions to people you barely know. But after a short friendly conversation with peach, you may suddenly stumble upon a solid pit where the peach protects his real self and the relationship was abruptly terminated.

In coconut cultures, for example in Russia or in Germany, people are initially more closed to those who do not share a bond of friendship. They rarely smile at passers-by, not asking strangers about personal not offer personal information to those who are not close. But over time, when a coconut you know it is getting warmer and friendlier. And although relationships are built slowly, they usually continue much longer.

Coconuts may react to peaches. Some interpret the friendliness as an offer of friendship, and when the other side does not continue inadvertently promised a relationship, they conclude that the peaches are artificial and hypocritical. So did the German in Brazil who puzzled said: "In Brazil people are so friendly — they always invite me over for coffee. I happily agree, but in that time they forget to give me your address". Igor Agapov, a Russian colleague, was similarly surprised when he felt the bone at the peach during his first trip to the United States. "During the nine-hour flight to new York on a nearby chair sat the stranger. This American began asking me very personal questions: first time I fly in the US, who and what I have left in Russia, if I left for so long from them before. He also shared various personal facts about themselves. He said that he plays the bass, and complained about how hard his wife to stay with the baby in Florida during his frequent absences".

Reaction Agapov had to start not behave as is customary in the Russian culture. Thinking that they close neighbor suddenly became friends for a short time, he told him his whole life. Following continued disappointing Igor: "I thought that after this "contact" we can be friends and more. Imagine my surprise when the plane landed. In that moment, when I reached for a sheet of paper to record your phone my new friend stood up, waved, and said, “Nice to meet you! Have a good trip!” And that's all. I've never seen. I felt like it was all a trick to force me to open up to him, since he had no intention to continue maintaining their relationship."

Others immediately become suspicious. The Frenchwoman, who came to visit my family in Minnesota, was shocked "pericoloso" of the Midwest. "The waiters always smile and ask me how's it going tonight! They don't even know me. To me it all awkward and suspicious. What they want from me? My reaction is stronger to hold the bag."

on the other hand, as a representative of peach culture, I was no less shocked when I came to Europe 14 years ago. New Polish, French, German or Russian counterparts met my sweet smiles and my personal observations of cold formality. I saw their stone faces as a sign of arrogance, snobbery and even hostility.

What to do if, like me, you're a peach, among fallen coconuts? It is important to be yourself. One should never pretend. So keep smiling and tell them about yourself and your family as you want. Just don't ask others personal questions before they start talking to themselves. And to my readers-coconuts should take note: if your companion is peach asks you about life, shows family photos, and even invites you to a barbecue, do not consider it a prelude to a deep friendship or a cover for some secret plan. Understand that it only proves its a cultural norm that you have to adapt to. 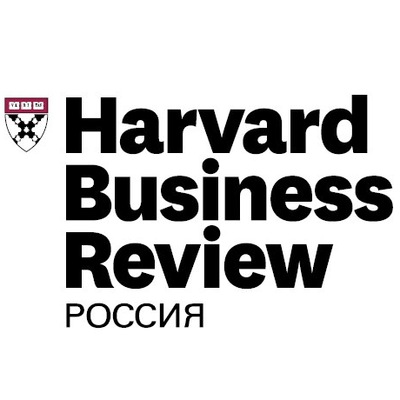